Where are the British Rock Bands?

Instead of writing about fishing, this week I decided to put down some of my thoughts regarding the state of British Rock Music.
When I think of the Breakthrough Rock Bands of the last 15 or so years that have become major players in the making and selling music I think of Foo Fighters, Black Keys, Shinedown, System of a Down, Green Day, The White Stripes and The Killers. The first thing to notice is that they are all American. Where are the British Rock Bands? Where are the modern day Kinks, Stones, Blur or Radiohead? A look at the Brit Award nominees for 2013 makes for sobering reading. The nominees included, Mumford and Sons, (good but not really a rock band), Muse (ok but more of a synth band and not what i would call rock), and One Direction (God Forbid).
Now I enjoy going to see bands play in local pubs across East London and Essex. I have seen some great Rock bands made up of fantastic musicians. They mostly play covers because, let’s be honest that is what the crowd want. Now and again you hear some original work. Steve Forward has a few self penned songs in his set made up usually of the Rock standards. This music he has lovingly created and is really breaking new ground. Other bands worth a mention are Anthem, Turbulence and Expose. 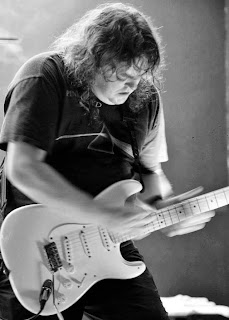 Will these Bands make it on the Album charts and sell out the O2 arena? Well probably not. Why not? Because of the pernicious influence of Simon Cowell et al. X factor never has a real Rock Bands on, and if you’re not on X factor you have little chance of making it. Ever since Stock Atkin and Waterman the idea of instant success without having to put in the hard yards has become so alluring to the businessman. The gullible general public lap it up along with other awful imports like Justin Bieber or Miley Cyrus. The British public get told what to like and no recording company is going to take a risk a bunch of hairy musicians who have been working away for years. The time to get them to be big will take too long and time is money so it’s a no for now. 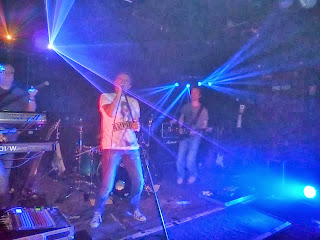 Some of you will disagree and say ‘oh there is this or that band’ ‘they have an album out and get played on BBC 6 music’ (a channel that was under threat not long ago due to a low listenership).  I would argue that although this is laudable they are still in the shadows and not evidence that Rock music is in a healthy place in the UK. I would love Steve Forward to become the UK’s Joe Bonamassa. Lets live in hope for now. I will continue to get my Rock fix from listening to US bands and old UK artists. I hope that one day the British music Industry will learn that music should be created and not just manufactured. 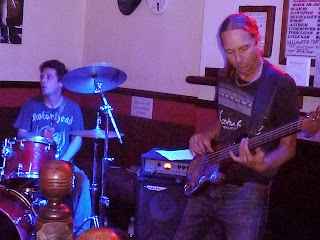