When just being there is enough

After a winter of wind and rain a brief respite in the weather coincided with some time off. Over to the syndicate lake I go with pike gear and dead baits. To be honest it was really too bright for any real chance of success and I started too late. However, sometimes it’s all about being in with a chance. Small silver fish broke the surface and I was sure that this was caused by a pike or a perch.  The bare trees swayed in the gentle breeze and bright sun caused me to feel drowsy. Further down the bank Pat and Tyrone were carp fishing and I was called by Pat early afternoon to see Tyrone land a beautiful mirror carp. Maybe I should have been carp fishing. 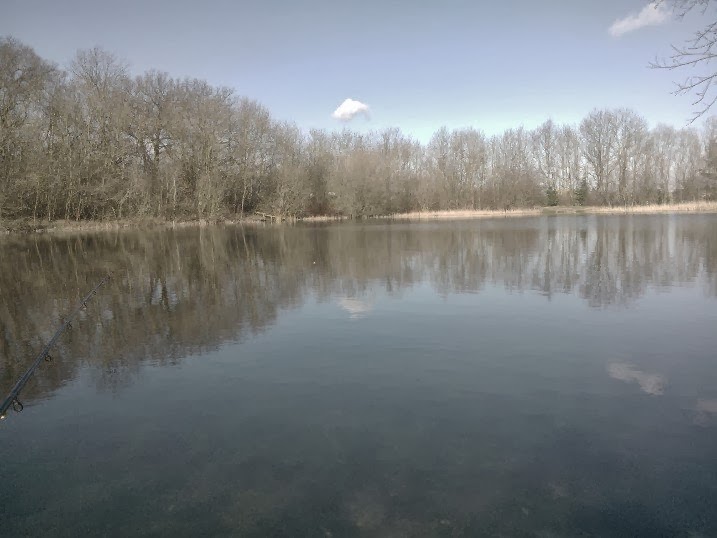 I moved up to the end of the lake where Pat and Tyrone were fishing. Pat later moved to where I had been earlier as he was told, by another member who was walking the lake with his dog, that there were carp moving down the bottom of the lake. I sat in the swim and huddled against the strengthening wind. Tyrone came into my swim for a chat. This was interrupted by the sound of his bite alarm and a smaller dark common carp was soon in the back of his net. Tyrone has put in the hours over the last few weeks so really deserved to be rewarded with two such lovely fish.


I left late afternoon although I probably should have stayed until dusk. I had a nice day and as I had not been fishing for weeks it was great to be back. Next time I might even catch a fish.
Posted by chubcatcher at 08:50